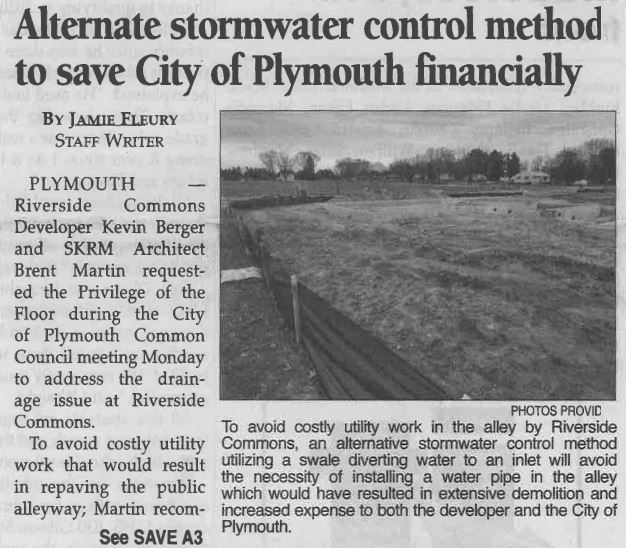 We were able to work with the City of Plymouth to achieve some cost savings for the project and for the City. The City had agreed to do all the alley improvements in the original application to IHCDA. The engineering review of the storm water system requested piping along the north property line. Because of rules regarding distances between water pipes and storm water pipes, this would have pushed the water line into the alley. That would have meant the City would have to repave that alley. We presented an alternative using a surface drainage in a swale which saved costs for the project and the City. Very much a win-win. It’s great when we can work together to achieve common goals!